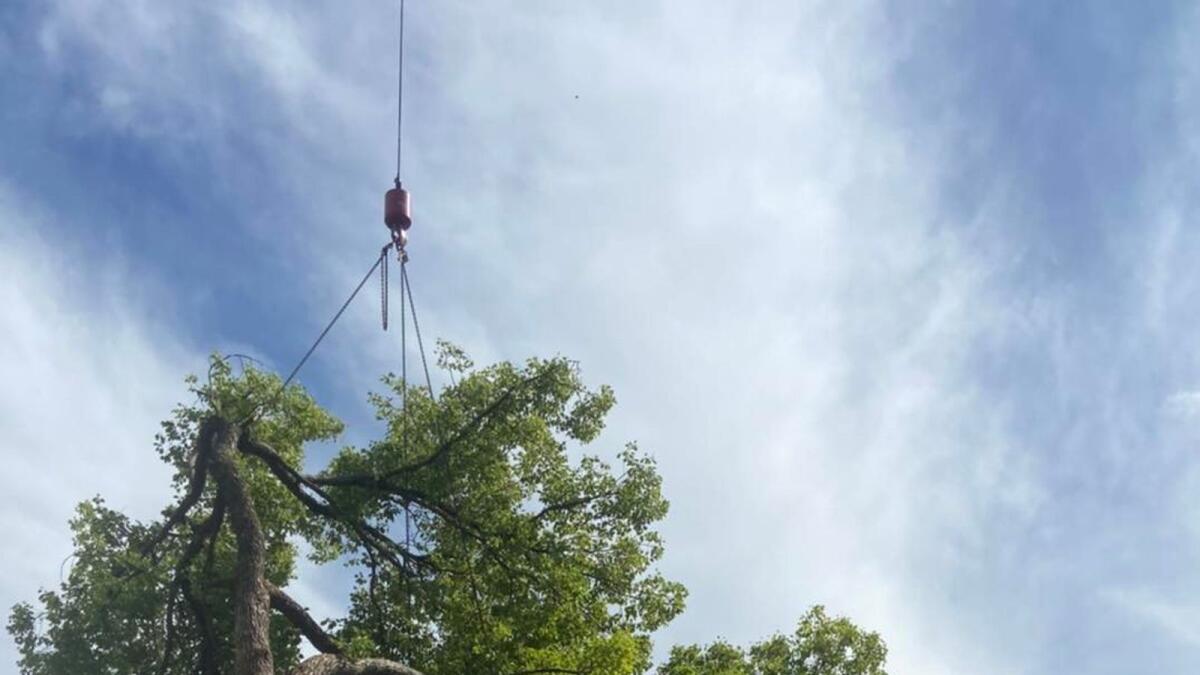 Branching out: The backyard giant is no match for the team from Murray River Tree Services.

Oddie has to admire the tenacity of the crew from Murray River Tree Services when faced with the task of removing a 70-year-old camphor laurel from a Shepparton backyard.

Gently does it: A 100-ton crane does the heavy lifting.

Lots of structures were built around the tree meaning there was nowhere for the limbs to fall, so instead the team added a professional tree climber and a 100-tonne crane from Quicklift.

The weighty wood went up and over to a ground crew parked in the street ready to mulch.

One of the branches weighed a whopping 800kg.

Oddie is now left pondering why he stopped climbing trees — it could have been a great career.

An open then shut case

Oddie hears workers fond of a pie were confronted by a sign on a bakery door last week stating it was temporarily closed due to a lack of staff.

Lots of businesses have had to adjust hours for the same reason but Oddie hasn’t come across a flood of complaints or bad reviews online.

It seems customers are mostly understanding, which can be a rare commodity these days.

Good citizens of the city are being asked to help “shape the future” of the Shepparton Showgrounds.

Oddie has one observation.

While getting vaccinations isn’t a fun activity, at least it has meant the gates have been open and the site is being used regularly.

Oddie was there a few weeks ago and noticed the flaking paint on the windows of the old grandstand.

We are a predictable lot, and we care most for things we value. When something is kept behind locked gates for most of the year and barely seen, there isn’t much incentive to look after it.

Use it or lose it Oddie says, but you might want to exclude the skid pan.

7 Ways to Protect Your Business from Water Damage

A guide to buying replacement parts for appliances