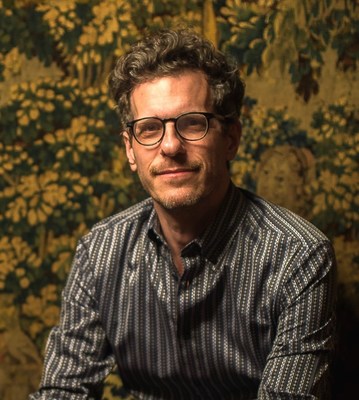 ILLUSTRATED NOVEL INSPIRED BY AN IDEA FROM STEVEN SPIELBERG IN COLLABORATION WITH ILLUMINATION’S CHRIS MELEDANDRI TO BE PUBLISHED WORLDWIDE APRIL 4, 2023

NEW YORK, June 9, 2022 /PRNewswire/ — Scholastic, the world’s largest publisher and distributor of children’s books, is set to publish BIG TREE, an immersive novel in words and pictures by Brian Selznick, the #1 New York Times bestselling creator of the Caldecott Medal-winning The Invention of Hugo Cabret. This new trailblazing tour de force will be released in hardcover and ebook formats on April 4, 2023simultaneously in the US, UK, Canada, Australiaand New Zealand. Illumination owns the film rights for the book.

The story, which began as an original idea from film legend Steven Spielbergwith guidance by Illumination Founder and CEO Chris Meledandri, is Selznick’s most broadly reaching and ambitious work to date. A love letter to the natural world, BIG TREE follows two tiny sycamore seeds, Louise and Merwin, as they try to save the world while searching for a safe place to grow. In the spirit of such timeless classics as Charlotte’s Web, The Wizard of Oz and Alice in Wonderland, BIG TREE is a fast-paced epic adventure that takes readers on a mesmerizing journey from the prehistoric age to the present day. It is filled with mystery and danger, humor, heart, and hope, and will captivate readers ages seven and up. At 528 pages with nearly 300 pages of Selznick’s iconic graphite illustrations, BIG TREE is a breathtaking visual journey through time, nature and love that will thrill the whole family. The book will be printed on paper certified by the Forest Stewardship Council (FSC), the global standard-setter for responsible forest management.

In a statement, Brian Selznick said, “Creating this book was a great joy and an even greater challenge because I was telling a story about nature from nature’s point of view. It grew into a narrative I’m very proud of, one that reminds us to stop and listen to the world around us, and to help those who need to be helped. These themes seem to grow more and more urgent with each passing day.”

Steven Spielberg said, “The tale of the natural world is the greatest story we have to tell, and Brian delivers a brilliant chapter of it in the pages of Big Tree. It was an absolute joy for Chris and me to help grow the seed of this idea and then sit back and watch Brian’s singular talent produce such a wonderful book.”

illumination’s Chris Meledandri said, “Brian Selznick is a singular talent who immerses the reader in the natural world with his stunning imagery. In Big Tree, Brian anthropomorphizes nature in an epic tale that grips you from start to finish and resonates emotionally long after you have finished reading. “

Ellie BergerPresident, Scholastic Trade, said, “Big Tree is rich storytelling at its finest, a page-turning adventure with wonderful characters, about how even the smallest can make an impact and save our world. We are proud to publish this remarkable and engaging novel that will be embraced and shared by readers of all ages, for generations to come.”

A mysterious voice has been calling to Louise in her dreams. She and her brother Merwin are tiny sycamore seeds trying to save the world while searching for a safe place to grow. As they sail into the unknown, far from their Mama Tree, they must use their wits and imagination to navigate a dangerous world—filled with dinosaurs, floods, meteors, and volcanoes! Selznick creates a lush setting featuring an unforgettable cast of characters—from Mushroom Ambassadors and underwater Scientists to a wise Ghost Leaf and the mad King Seaweed—taking readers on a mesmerizing journey from the prehistoric age to the present day. With inventive storytelling and stunning illustrations, Big Tree is a spellbinding work from a gifted bookmaker at the top of his creative form.

Brian Selznick is one of the most innovative storytellers of our time. His books have sold millions of copies, garnered countless awards worldwide, and have been translated into more than 35 languages. He broke open the novel form with his genre-breaking thematic trilogy, beginning with the Caldecott Medal-winning #1 New York Timesbestseller The Invention of Hugo Cabretadapted into Martin Scorsese’s Oscar-winning movie Hugo. He followed that with the #1 New York Times bestseller, Wonderstruck, adapted into the eponymous movie by celebrated filmmaker Todd Hayneswith a screenplay by Selznick, and then the New York Times bestseller, The Marvels. In praising his body of work, The Washington Post said, “Brian Selznick proves to be that rare creator capable of following one masterpiece with another.” The Associated Press called Selznick “one of publishing’s most imaginative storytellers.” Selznick’s most recent bestselling novel Kaleidoscope was a New York Times Notable Children’s Book of 2021. He also illustrated the 20th anniversary edition covers of JK Rowling’s Harry Potter series, as well as baby monkey, Private Eye, co-written by his husband David Serlin. They divide their time between Brooklyn, NY other La Jolla, California. For more information about Brian Selznick and his books, visit http://mediaroom.scholastic.com/brianselznick.

For more than 100 years, Scholastic Corporation (NASDAQ: SCHL) has been encouraging the personal and intellectual growth of all children, beginning with literacy. Having earned a reputation as a trusted partner to educators and families, Scholastic is the world’s largest publisher and distributor of children’s books, a leading provider of literacy curriculum, professional services, and classroom magazines, and a producer of educational and entertaining children’s media. The Company creates and distributes bestselling books and e-books, print and technology-based learning programs for pre-K to grade 12, and other products and services that support children’s learning and literacy, both in school and at home. With 15 international operations and exports to 165 countries, Scholastic makes quality, affordable books available to all children around the world through school-based book clubs and book fairs, classroom libraries, school and public libraries, retail, and online. Learn more at www.scholastic.com.

Smart Appliances Are Even Smarter than You Think

Major route to Bristol to close for FIVE DAYS for tree...