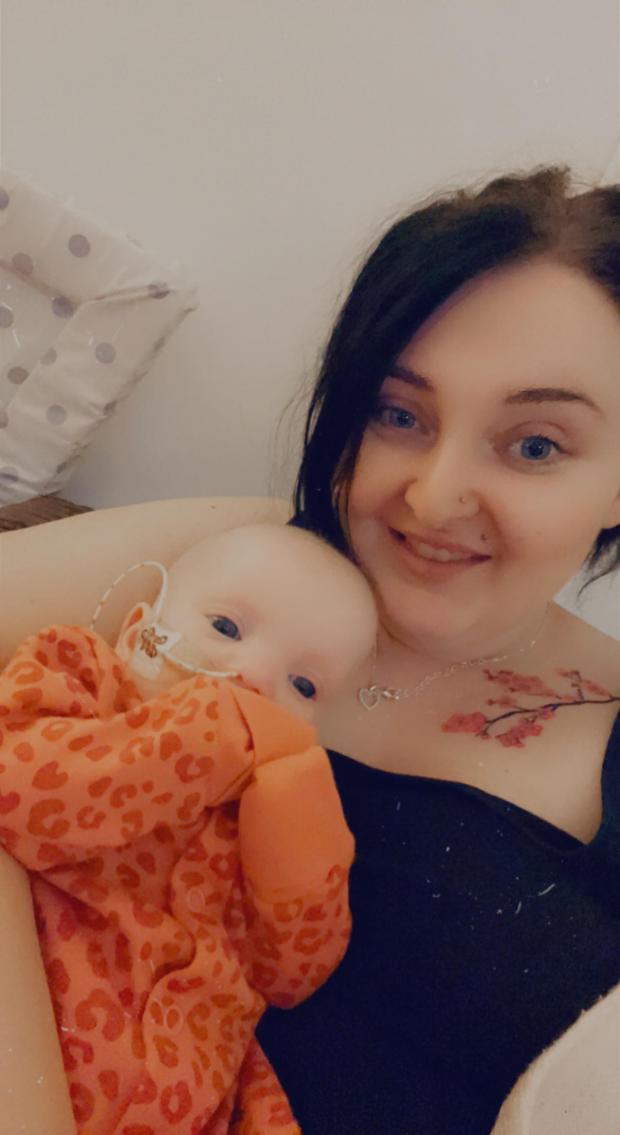 GENEROUS workmen have transformed the garden of a terminally ill baby after seeing a plea from her mum on social media.

Phoebe Elliott wanted to fix up her new back garden so daughter Maisie, one of just six children in the world to suffer from Galloway-Mowat syndrome, could stargaze.

R&R Roofing was quick to react, laying down a new lawn, after seeing Phoebe’s plea on a community Facebook page.

“The response from R&R was absolutely fantastic, we couldn’t believe they would be willing to do the labor work and collect all the materials needed off their own backs,” said Phoebe.

“They’ve been an outstanding support to us and even received smiles from Maisie, which is rare for her!

“The work they have carried out is phenomenal and we couldn’t have asked for a better and friendlier group of lads to come to our rescue.”

BEFORE AND AFTER: R&R Roofing completed the work at Phoebe Elliott’s garden

Galloway-Mowat syndrome means that Maisie struggles to see, eat and move, making lighting and sensory activities essential for her development.

Phoebe wanted to do up the garden of their new home in Droitwich so that Maisie could watch the stars above.

However, lacking the funds to pay for it, she took to the Spotted Droitwich page to ask if any grants or support were available.

Richard Bennett from R&R Roofing saw her post and came round that same morning, returning the following day to complete the work.

He said: “I showed my partner Claire and we both said it is so heart-breaking so I decided to message to see if I could help.

“Me and my partner were also going to set up a fundraising page to help but we managed to get the job done without having to set one up.

“It was such a pleasure to help such an amazing family.”

Phoebe added: “Without these guys and this outstanding company we wouldn’t have been able to enjoy memories with our daughter and want to give them a massive thank you.

“We will forever appreciate the drastic change you’ve made possible for us.

“You’re simply the best and we will recommend you to everyone.”

A Go Fund Me page, set up by Phoebe, can be found here.

Sipe Roofing and General Contracting Goes Above And Beyond To Better...

I’m a home expert – my maintenance tips for expensive appliances...