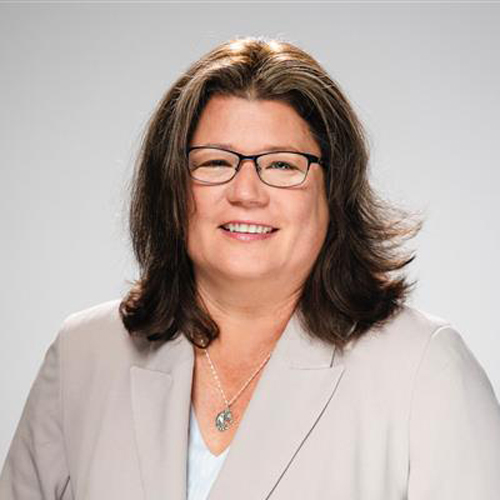 the Davey Tree Expert Co.‘s Board of Directors appointed three new corporate officers within the company: every day, Larry Evans other Jim Houston.

“Each of these new officers brings a wealth of experience, proven results and a passion for our company that we can all appreciate and admire,” says Pat Covey, chairman, president and CEO at Davey Tree. “These three new officers will support our company’s continued growth and succession planning and are a testament to the talents, efforts and dedication within Davey.”

Houston, vice president and general manager, Eastern Operations, US Residential/Commercial (R/C) Services and Commercial Landscape Services, joined Davey in 1992 as a trimmer. He has held positions of plant health care technician, sales arborist, district manager and operations manager for areas including the Midwest and eventually the Northeast US In 2010 he was promoted to vice president of Midwest US R/C services and in 2022 to his current position .

“Florida continues to be one of Ewing’s largest growth opportunities, and having Jeff in this position enhances our ability to grow and expand throughout the state,” said Phil Kerchner, Ewing eastern territory president. “Our existing sales and operations leadership in Florida have done an outstanding job leading us into this opportunity for continued growth and will continue to be instrumental in our future.”

Bower has experience including 15 years of managing sales, marketing, operations and procurement as VP and COO for FIS Outdoor. Prior to FIS, Bower was with Hunter Industries for 12 years, where he served as national sales manager.

Kelly has more than 25 years of experience in the landscape industry. A graduate of Johns Hopkins University’s Carey Business School, she served on the National Association of Landscape Professionals (NALP) board of directors and has been involved in several NALP committees. Kelly has been with Ruppert for more than three years as the director of quality and efficiency in the landscape management division’s southern region.

“Rachel is very passionate about the industry and has extensive experience leading teams with an emphasis on process improvement,” said Sam Wells, region manager in the company’s landscape management division. “She has been working closely with the Charlotte team over the past nine months, getting to know the team as well as the local market, and we are excited to see her step into this role and help them grow.”

As branch manager, she will be responsible for the overall welfare of the branch, including the safety and development of her team, strategic planning and budgeting, training, customer service and day-to-day operations.

“Bob and I joined the company in 1987, a transformative time in Honda’s history in Ohio and North America, as the company was expanding production, R&D and local parts sourcing in this region,” Schostek said. “We have worked closely together on many important initiatives since then and I have the utmost confidence in Bob and believe he is the right leader as we enter another transformative time for Honda and our entire industry.”

the American Rental Association (ARA) announced Erica Singleton as the association’s new workforce development manager. With a background in human resources management, employee training, and program marketing, her role will work to address the industry labor shortage by promoting rental as a career.

“We’re elated to have Singleton on board,” said Tony Conant, ARA CEO. “She’s the perfect fit to support our current and future workplace initiatives due to her extensive experience and her proven success in driving new strategies and solutions forward.”

How Long Do Refrigerators Last? The Life Span of Kitchen Appliances

This household appliance could be filling your home with invisible health...