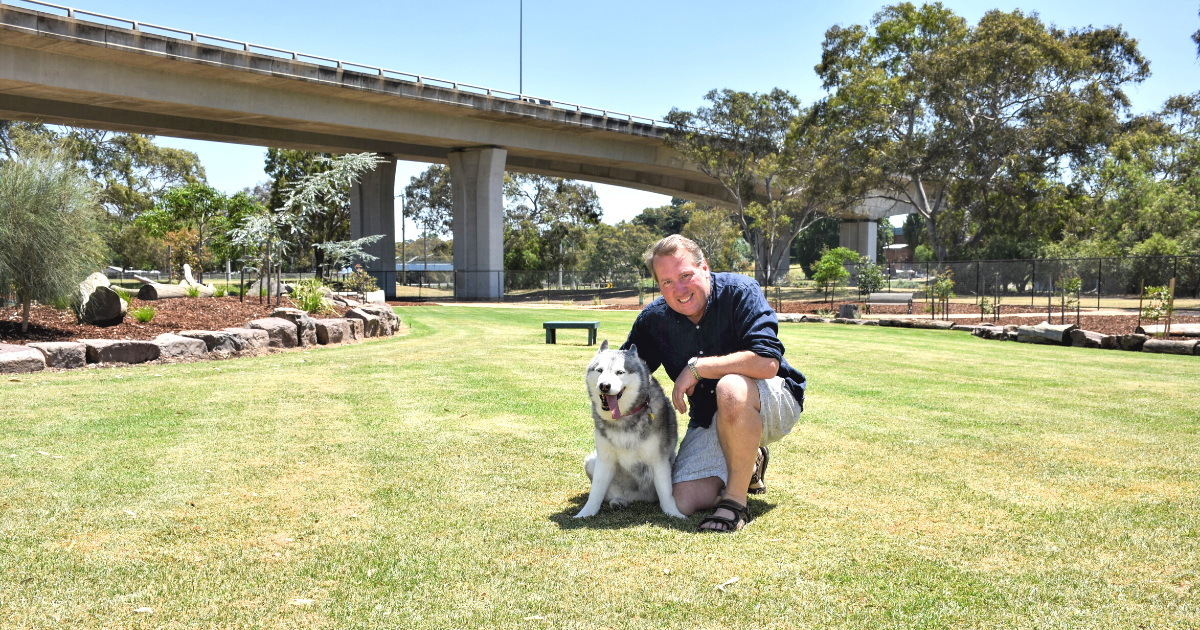 THE Belmont Dog Park has reopened after last year’s flooding inundated the site and washed away much of the vegetation and landscaping.

Routine maintenance works were already under way at the site before a series of floods necessitated water being pumped from the park on three separate occasions, resulting in it being closed for three months.

To remediate the site, 350 metres of kikuyu turf has been replaced, gravel paths reinstated, along with irrigation repairs and new plant stock.

Large logs have been returned to the area after they floated around the park and mudstones now form a boarder around the newly stocked sand pit.

Geelong mayor Trent Sullivan thanked the region’s pet owners for their understanding through the repair process.

“We know that many of the city’s dog owners have waited patiently to see this very popular facility reopen.

“With repeated flooding and many hours spent pumping water out of the park – on numerous occasions – it’s quite an achievement to see the park presented as it is today,” he said.

Cr Ron Nelson said the restoration of the community asset would be welcomed by many.

“To say this park is popular is an understatement and we know that dogs and their owners will welcome its return with great enthusiasm.

“The Belmont Dog Park is a fantastic social play space for humans and dogs alike, while also providing connection for owners and their much-loved pets looking for more social connections coming out of the COVID environment.”

A pool in the basement would add value, right?

TikToker shocked after watching movie and seeing herself mentioned in it

How to Thrift Shop for Vintage Schott Jackets